Below you'll find brief descriptions and cover images of all the Ethshar novels published to date. All of them are currently in print in one form or another, and can be found on Amazon

, Barnes and Noble, and probably elsewhere as well. E-book editions are also available. For further information about a specific novel, usually including a sample chapter, click on the title or cover.

Valder was a scout lost behind enemy lines during the Great War when he stumbled across the old hermit who enchanted his sword. All he wanted was a way to get back to his own side, but he found himself under a powerful spell, his life permanently entangled with the sword's magic -- magic that demanded he slay a hundred men before dying on his own blade. 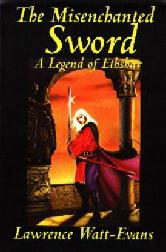 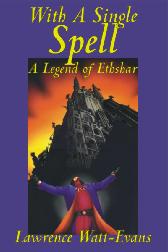 With A Single Spell

The apprenticeship of orphaned would-be wizard Tobas of Telven ended suddenly when his master died after teaching him only a single simple fire-lighting spell. Left with nothing else, he set out to make his way in the world -- and found himself in a tiny kingdom he had never heard of, hunting a dragon to win the hand of a princess. Stumbling upon ancient magic and its beautiful owner complicated everything even further!

Sterren was a street kid who made his living playing dice in the taverns of Ethshar -- until an ill-tempered noblewoman showed up and informed him that he was the heir to the warlord of Semma. As warlord, it was his duty to defend the kingdom from two larger neighbors, and any attempt to dodge this obligation would be punished by summary execution.

Sterren saw only one way to win this hopeless war he had had thrust upon him: Cheat by using forbidden magic. 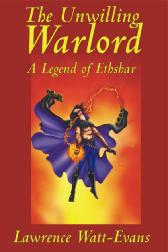 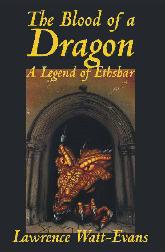 The Blood of A Dragon

They told Dumery he had no talent for magic and could never be a wizard, so he set out to become one of the tradesmen to whom even the wizards had to humble themselves -- a dragon hunter, supplying the dragon's blood the wizards needed for their spells.

He saw a man selling dragon's blood to a wizard and followed the man back into the mountains, hoping to convince him to take him on as an apprentice dragon hunter. He soon discovered, though, that things were not quite what he had thought...

The seer at the fair had told Kelder that he would travel and have many adventures, so Kelder set out to seek his fortune on the Great Highway. The journey began as a disappointment, and he was about to give up and go home when the winged girl landed beside him. 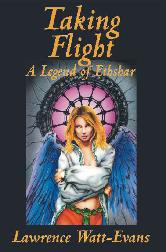 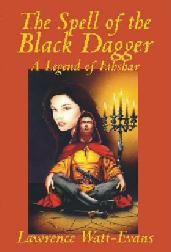 The Spell of the Black Dagger

The means of making a wizard's magical dagger was a closely-guarded secret, but Tabaea the Thief had spied on the lessons a wizard gave his apprentice, and thought she could do it herself.

She was wrong. What she made was not a wizard's athame, but something new -- and very, very dangerous. With the Black Dagger's magic Tabaea thought she could have everything she had ever wanted. If people who got in her way died, that did not greatly trouble her.

It was up to Lady Sarai, daughter of the Minister of Justice, to ensure that Tabaea's mad plans did not bring down the entire Hegemony of Ethshar.

The people of Ethshar had been calmly going about their lives until the night something happened, and thousands of people woke up screaming. Hundreds vanished, never to be seen again; many were seen flying away, never to return; and many of those who stayed behind found they had been blessed -- or cursed -- with a new kind of magic.

And it fell to Lord Hanner, a minor bureaucrat, to try to find a place in the World for these new-made magicians -- before the overlord or the Wizards' Guild exterminated them! 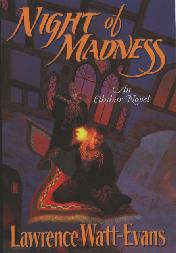 Kilisha's apprenticeship in wizardry had gone smoothly -- until the day she came home and found that a misfired spell had scattered her master's life-force into a roomful of runaway furniture!

Everyone knows that the man to hire when you want something that's hard to find is Gresh the Supplier, so when the Wizards' Guild wants to retrieve the magic mirror that's responsible for the plague of spriggans, they hire him to find the mirror and deal with it.

Gresh accepts the job -- but no one said finding the mirror would be easy. 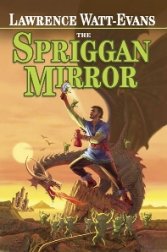 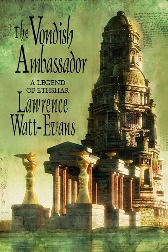 Emmis was a freelance dockworker in Ethshar of the Spices until the day the Vondish ambassador hired him as a guide to the city. Emmis had expected a few days of showing the foreigner the sights; he hadn't expected assassins, magicians, invisible monsters, and getting caught up in the affairs of the Wizards' Guild.

Not to mention the possibility that all life in the World might be wiped out if the ambassador's mission failed!

In Night of Madness, warlockry suddenly appeared in the World; now, more than thirty years later, it vanishes, and thousands of warlocks are mere humans again. Desperate measures are required to help these people who are stranded without the magic they have depended on.

But perhaps not all warlocks have changed back. Ezak and Kel, a pair of petty criminals from the slums of Ethshar of the Sands, found out that a powerful sorcerer had died, leaving a trove of magic in his widow's possession. The two scoundrels saw an opportunity -- this country woman was no magician, and probably no match for a slick pair of city boys.

But you don't spend decades as a sorcerer's wife without picking up a few things.

Little Ishta insisted on exploring the woods near the family farm, despite her parents' orders to stay out of the forest. Her brother Garander did not understand her fascination, but he tried to help his kid sister avoid getting caught.

Bad enough when their parents were only worried about falling branches or wild animals, but then Ishta started finding leftover magic... Morvash of the Shadows, a journeyman wizard, discovered that some of the statues in his uncle's house weren't statues at all, but people who had been turned to stone.

He didn't yet have the skills to turn them back, but he couldn't just leave them like that...

Excuse the ads;
I can use the money.